Picking a wrong air purifier can be as bad as picking the wrong shoes. It still sorta works, just not fitted to your needs. So, to prevent you from making a costly mistake, we will be looking at the common type of air purifiers in the market. Every air purifier types have their own purification method and specific target group. We’ll break down the functionality, pros/ cons, and should you get one. Finally, we will share our thoughts and favorites so you can decide which is the best.

The most popular and sought-after residential air purifier in the world. Why? This is because HEPA air purifier has proven filtration efficiency that leaves no bad footprint. A mechanical filter is been around for ages and you know what you’re getting at. To qualify as a true HEPA, the filter has to reach a certain industry standard (IEST, UL). There are two common types of HEPA filters in the market. The inferior HEPA-type filter has a 99% efficiency rate on particles as small as 2 microns. The better True HEPA filter has an efficiency rate of 99.97% at 0.3 microns or lower (see IQAir).

How it works: The inner motor fan will pull air and particulates into a series of filters. Depending on the combination, a typical filtration consists of a pre-filter, HEPA filter, and a carbon filter. Large particulates like dust or hair will be trap by the initial pre-filter. Smaller microbes like pollen, mold, pet dander, and germ will be trap by the HEPA filter. Carbon filter will focus on smoke/ odor based pollutants that are not captured by HEPA. Premium models will come with additional Ionizer, antimicrobial or UV-light filtration. The cycle will end when purified, clean air is distributed out from the vent.

Should I get one: HEPA air purifier can be very expensive depending on features, airflow level, and stage of filtration. The filters also require replacing that itself can be very costly. That being said, it is the BEST air purifier type that we have emphasized over and over again. If you are entirely sure what to look for, start with a small air purifier with HEPA filter, and branch out with the addon (Carbon filter, UV-light, Ionizer).

Odor eliminator purification method is similar to HEPA air cleaner. It utilizes a mechanical filter that solely focuses on smoke particles Higher range model uses an Activated Carbon filter or Granular Carbon filter. Lower-grade model uses carbon sheet or baking soda filters. You might even find HEGA filter in a specific model although it is uncommon. Odor Eliminator is often used in places that stink like a toilet, kitchen or smoking area.

How it works: Smoke coming from cooking, cigarette, or pet odors will be suck into the air purifier’s filtration. The carbon filter in the air purifier will then absorb the pass-by pollutants. Advanced carbon filter can target stronger chemical fumes like CO, radon, ammonia, chlorine, sediment, and VOCs. The purification cycle will repeat itself until the surrounding air is clean.

Should I get one: Carbon air purifier works best as an add-on rather than a standalone unit. If smoke and odor is your only concern, consider one as it will be cheaper due to the less filtration. Unless you are entirely sure this is what you need, a HEPA air purifier with deodorization would be a much better combination.

UV air purifier is an advanced purification technology used in many household products. This includes bottle sterilizer, lighting, and water purifier. UV air purifier covers all types of airborne particles including smoke and odor. The entire process is 100% safe and certified by many different agencies. UV-C radiation can pass through air without creating ozone. At low doses (without direct contact), it will not cause any burn and damage human tissues.

How it works: Unlike a filter that traps microorganisms leaving them a slim chance to grow, UV air purifier eradicates them. The Ultraviolet (UV) light kills cells by damaging their DNA through molecules reaction. It’s particularly useful against airborne flu, bacteria, and viruses. Short exposure to the light can also disinfect an area from any infectious disease.

Should I get one: As a last-stage or complementing filtration system, we can hardly say no to it. UV air purifier is super-effective in killing biological irritants. Apart from that, is it rather restricted and will take a longer time removing stronger resistance pollutants. Another issue is the UV light efficiency will drop on a gradual basis. You will need to replace the Light bulb according to its usage lifespan.

A proven and certified technology (based on research from NASA). PCO air purifier is a 100% safe technology that exists in different devices. The highlight of PCO filtration is it can eradicate a broad range of contaminants as small as 0.001 microns. 300 times smaller than what HEPA filter can take. Even the smallest viruses fall between 0.004 to 0.1 microns.

How it works: Photocatalytic Oxidation (PCO) is a technology that accelerates the natural decomposition of organic matter. It uses broad-spectrum UV light to reacts with a thin film of titanium dioxide. This resulted in oxidization of microorganisms which then be absorbed on catalyst’s surface. In simple words, it’s essentially a photocatalysis process.

Should I get one: We like photocatalyst but is not the cheapest air purifier type and so is the UV-light replacement. Another issue is Photocatalytic Oxidation effectiveness will degrade over time. The Oxidation process also varies at room temperature or with different types of chemicals. Rather than a standalone unit, PCO works best as a supplement filtration in a HEPA air purifier.

First thing first, ionizer is not an ozone generator. Period. It does not generate ozone to fight airborne pollutants. Some manufacturer would mislead the buyer but naming their Ozonator as “ionizer”. Unethical business practice.

Air Ionizer is the complete opposite of a mechanical air purifier. Its ionization method does not rely on filter therefore much more eco-friendly. You would also not have to spend any extra dollars on filter replacement. The entire purification process is safe with a very insignificant amount of ozone produced.

How it works: Air Ionizer core generator will create and disperse millions of negative ions. Nearby positive ion particles are electrostatically charged through the merging of negative ions. The increased weight of the charged particles will then fall and adhere to surfaces, sofa, or wall. This resulted in a reduced density of irritants in the air and the cycle will repeat itself.

Should I get one: An HEPA air purifier with an ionizer or Electrostatic Precipitators would be the better option. Both types of air purifiers will collect the dropped contaminants rather than leaving them scattered all around. If nothing is done, the contaminants will still be stuck in a room and could stir back up in the air.

Electrostatic Precipitators are the step-up version of the Ion generator. It uses the same ionization method but comes with the extra collector plate. The merit of a collector plate is you do not have to vacuum the room to officially get rid of the dropped particles.

How it works: Through the force of an induced electrostatic charge, Electrostatic Precipitator will release millions of negative ions in the air. The negative ions will merge with positive ions particles like dust, mold, and smoke. This caused the merged particles to fall due to the increased weight. The fallen airborne particles will then be collected via a flat charged plate.

Should I get one: Yes you should consider one as Electrostatic precipitators can work without reliance on other filters. However, its effectiveness and price make it a less obvious choice than a HEPA air purifier. Also, you do have to clean the internal collector plate on a regular basis.

The controversial one: Ozone generator has never been loved by any government agencies. Sure it can remove lingering odors that are stuck to the wall, that is a price to paid and is not pretty. You will have to endure the sheer number of harmful ozone it will produce. Exposing to ozone will aggravate asthma, cause lung irritation and damage the tissues. It is the “anti air purifier” that counter what it is meant to do. 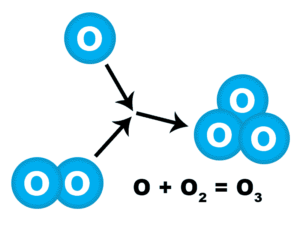 How it works: Ozone generator will produce ozone through Silent corona discharge method. By electrically discharge and split oxygen molecules (O2) into a single atom. The single atom will then reattach to other oxygen molecules to form ozone. To give you a clearer example, O + O2 =O3. Once the “cleaning” process has started, you will need to stay away from the room for at least a couple of hours until the ozone clears off. There are also Ozonator that produces ozone through ultraviolet radiation. We hardly encounter those as it is less effective and borderline UV-light.

Should I get one: Never consider an Ozone generator due to irreversible health effects it brings. In theory yes it will destroy strong odors that are normally irremovable. In reality, it may only mask them by decrease one’s sense of smell that you cannot distinguish any bad odors. Also, most models in the market are unregulated because they can’t. The aftermath of ozone is simply not worth the risk.

Beware that many manufacturers would market their ozone generator as an air cleaner to mask it from public backlash. Examine the model specification first before putting down your money.

According to EIA, over 60% of U.S. homes come pre-installed with HVAC systems. As for air conditioners, there are nearly 100 million units fitted as standard equipment on American households. Unfortunately, the two air moving appliances are not air cleaner despite many would associate them as one. They do not remove airborne contaminants and circulate clean air. In fact, both are known to be the spreader because of the distribution of harmful chemicals. Many fail to maintain their unit in time, resulting in the growth of microbes in the ventilation. The best solution (79% air quality improvement to be exact), is to service the HVAC system regularly. You can further complement with an air purifier to keep airborne irritants in-check.

Which is The Best Type of Air Purifier?

HEPA air purifier is the safest and most effective choice in capturing airborne particulates. If you need to deal with smoke and odors, consider a HEPA air purifier with a carbon filter. Likewise, choose a HEPA machine with UV light/ ionizer instead of a dedicated UVGI cleaner or ionizer. The only drawback is the filter replacement cost that is not cheap to say the least.

What About Air-To-Air Exchangers? Is It a Safe Air Purifier Type?

Air-To-Air Exchanger replaces old, stale indoor air with new, fresh air from outside. It can also regulate the room temperature and humidity level through energy recovery ventilators (ERV). For example, during summer, Air-To-Air Exchanger dehumidifies clean air from outdoor and pushes in cool air into the room. During winter, it will trap the heat from inside to warm and humidifies any incoming air. A normal Air Exchanger will only use fan and ventilation to blow indoor air out and pull outdoor air in. Air Heat Exchanger uses a heat pipe to transfer heat into the ambient air. The surplus heat is cool off in an evacuated tube filled with refrigerant liquid.

Air-To-Air Exchanger is a safe technology that basically just circulate cleaner air from outside. It is less common in a household and that is why we didn't include it in our air purifier types list.