Anyone who tells you that an air purifier is very costly to run is either lying or ignorant. Having tested at least 500 models, Air purifiers are energy-efficient, as proven by the formula below used to calculate energy consumption. But how little energy is little? Does the bigger unit consume more energy? Should you run it 24x7? All shall be revealed below.

How to Calculate An Air Purifier Energy Cost

For yearly energy costs, multiply the total monthly bill by 12.

How Much Electricity Does An Air Purifier Use?

The below figures are calculated with the baseline rate at $0.15 per kilowatt-hour.

Does Air Purifier Use A Lot Of Electricity?

No, it does not. Air purifiers use very little electricity, ranging from 20 watts to a maximum of 100 watts (similar to a light bulb). It is energy-efficient to leave the air purifier on all day and all night without shutting down. Even if you leave your air purifier running non-stop, it will have little impact on your electricity bill.

For comparison, air purifiers’ power consumption is on the lower tier of household appliances. It uses less energy than most wet appliances, air conditioning, and water heater. To put things into perspective, a regular television uses 70 watts of electricity, refrigerators use 200-300 watts, air conditioners use 600 watts, and power hogger washing machines use 2000 watts of electricity per hour.

In the U.S., electricity cost for residential varies from state to state. Based on May 2019 EIA report, Washington’s electric charges are the least expensive at 9.81 Cents per Kilowatt-hour, while Hawaii costs the most at 33.43 Cents per Kilowatt-hour. That’s a huge 23.62 Cents gap in between. The electricity running cost on average is 13.32 Cents.

How to Choose An Energy Efficient Air Purifier

The first thing is to refer to the air purifier’s power usage in the specification. Depending on the size and performance, we will pick a model with under 80 wattages for general use. Alternatively, look for Energy-Star Rated models certified as 40% more energy-efficient. Features like Auto/ Sleep mode will help manage power consumption but only to a certain extent. Some models even have Eco-mode that will turn off the motor fan when not in use. While a cheap air purifier certainly uses less energy due to the weaker airflow, avoid choosing an air cleaner that is too big or too small. An air purifier that does not fulfill the coverage requirement would take ages to clean the air in a room.

Does Unplugging An Air Purifier Save Electricity?

Yes, if an electronic device sits idle, it continuously drains little electricity in the background. However, there is no need to unplug an air purifier as the standby power is typically less than 1 watt. Air purifiers are designed to run 24x7 efficiently even when you're not at home.

The lesser the airflow, the lesser energy it uses. Air cleaners running costs are low, as stated in the above calculation. If you are still hit by a high electric bill every month, get an electricity usage monitor to determine which device is the offender. Otherwise, try cutting down on your electric bill by:

A loving father and a dedicated reviewer for airfuji.com with more than 1000 air purifiers under his belt. Max Fernandez is also one of the million patients currently suffering from asthma. Feel free to nudge him if you have any questions.
Home > Helpful Tips > How Much Does It Cost to Run An Air Purifier? (Electricity Bill Calculation) 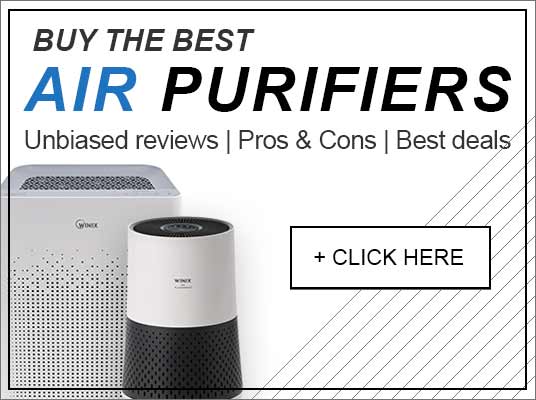