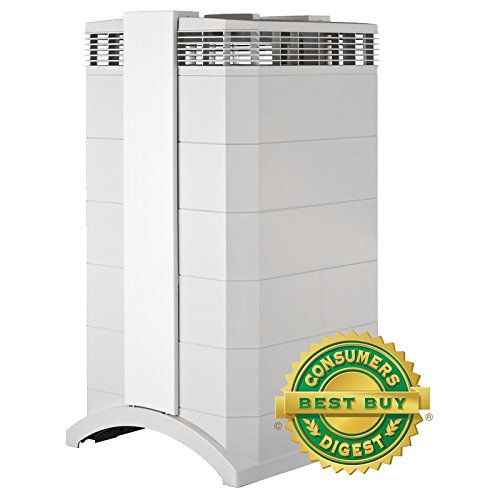 Touted best air purifier in the world, the new edition IQAir HealthPro is one of the strongest and widest purifying air cleaner we had ever seen. Featuring the incredible IQair HealthPro filters that can absorb ultrafine particles down to 0.003 microns, no airborne contaminants will be able to get past this filter. With 2 different (Pro and Non-pro) version available in the market, Click on the link below to see the differences between specification and our review.

Modern yet not over simplistic exterior, the 15 x 28 x 16 in size and 35.3 lb weight is identical to Winix HealthPro dimension. Sliding around the air purifier is possible thanks to the 4 casters plus there is carrying handle for added portability. Build quality is second to none as the air cleaner is completely built in with ABS plastic materials. Probably the setback to IQAir HealthPro air purifier sturdiness is the unavoidable added bulkiness that might not be ideal for tight spaces. Other great features of the air purifier include 3D UltraSeal triple-seal design, 6 fanspeed with 320 degree distribution, PreMax pre-filter, HyperHEPA True HEPA filter, LCD display with adv programmable timer (schedule operation, speed, weekly), accurate Intelligent Filter Life Monitor with indicator that forecasts filter replacement based on actual usage, individually certified performance, IAACM certified, no-ozone/ harmful chemicals and 10 years warranty. Basically replica of IQ HealthPro Plus with the exclusion of V5-Cell Carbon filter.

Fanspeed
6
41-300 cfm airflow efficiency is robust, consistent at any of the 6 speed. Helped by a three-dimensional optimized design, airflow intake are absorbed from bottom and distribute at top, covering bacteria and pollutants from low to high. Purifying coverage is incredibly wide at 1098 sq. ft. that needless to say covers a lot of ground. Another good thing is each air purifier are independently certified and tested by IQAir quality control engineer on air delivery, filter leakage, and particle filtration efficiency. We probably should mention there is no air quality sensors and Auto mode available as with all IQAir HealthPro series.

The first-stage PreMax Filter (F8) is a excellent dual function pre-filter that traps large particles such as dust and micro-size particles such as pollen, pet dander. With most pollutants captured by the pre-filter, the HyperHEPA filter would have the space and capacity to capture ultrafine particles down to 0.003 microns size such as allergens and bacteria that is not seen through our naked eyes. Compare with most True HEPA filter in the market, HyperHEPA filtration system is 100x more effective. V5-Cell Gas & Odor Filter MG is an optional filter option that can be purchase at later stage. Lastly IQAir HealthPro air purifier can reduce indoor ozone level but only to a certain extent.

Power consumption
27 - 215 W
Significantly less noise than previous model, IQAir HealthPro strong sound insulation is achievable via its thick double-walled housing, EvenFlow Diffuser that deflects sounds back into the system and rubber suspension pad that systematically isolate motor vibration from the housing. With all that, noise level is considerably low at speed 3 or below 25 - 59 dB. Power consumption varies between 27 - 215 W depending on how you utilize the air purifier. at lower fanspeed the power consumption rate is so little that you could barely see the differences even if is running 24x7. For long operation that relies on speed 3 and above, we recommend utilizing the schedule timer to shut-off/ reduce the fanspeed when its not required to improve on the cost-efficiency.

Overall IQAir HealthPro air purifier is well worth the price tag and is cheaper than HealthPro Plus version although not significant enough in our books. We would wholly recommend the Plus version as the Carbon filter is super effective against strong gases and odors unless you have absolutely no use of that. Filter replacement cost is expensive (PreMax + HyperHEPA) but relatively cheap in long-run as PreMax lifespan is 18 months and HyperHEPA is at 4 years. The long filter lifespan would also save you some time in searching for filter replacement and changing it.

IQAir HealthPro VS The Challengers 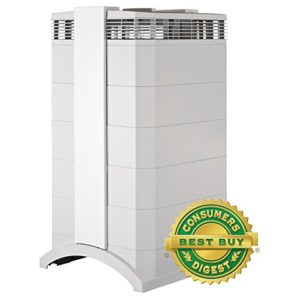 As mentioned earlier, IQAir HealthPro Plus is pricier but well worth the money with the inclusion of V5-Cell Gas & Odor Filter. 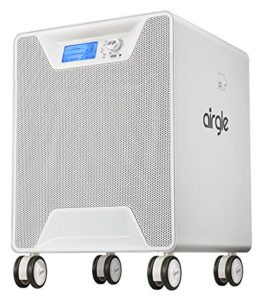 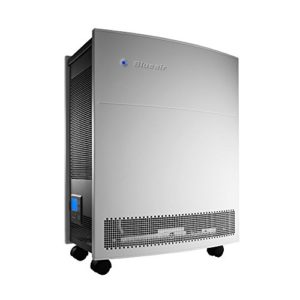 Let’s start off with the bad points of the air purifier. Despite the bulkiness of the unit, there is no built-in air quality sensor which translates to no auto fan speed mode. Without auto mode adjusting the fan speed, user would have to rely on a pre-set fan speed and that will be very bad in terms of power consumption. Other than that, IQAir HealthPro is pretty much flawless and worth every penny you spent.

4.5
Check out other great IQAir HealthPro deals on Amazon

A loving father and a dedicated reviewer for airfuji.com with more than 1000 air purifiers under his belt. Max Fernandez is also one of the million patients currently suffering from asthma. Feel free to nudge him if you have any questions.
Home > Reviews > IQAir HealthPro Review 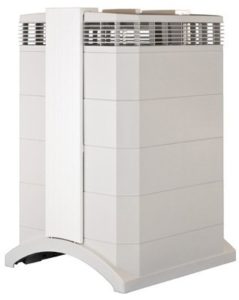 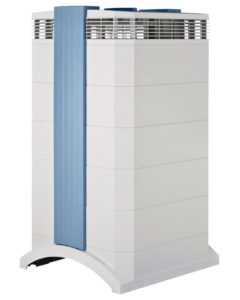