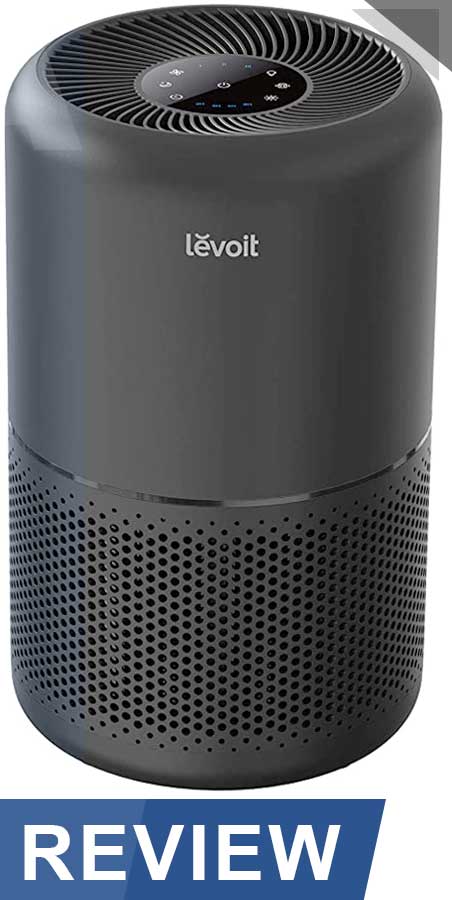 The latest edition to its lineup, Levoit Core 300 True HEPA air purifier is a significant improvement over its predecessor model. A compact, cost-effective, Energy Star certified model that can provide fresh air in a small room. In this competitive affordable segment, how capable is the air cleaner in removing allergens and smoke particles in the air? What are the supporting features that can enhance the user experiences? Find out in our Levoit Core 300 review plus the pros and cons of owning one.

There are plenty of features you will get at a fraction of the cost. LEVOIT Core 300 is a CGD 2019 award-winning, California designed air purifier. At a thin 8.7 diameter and 14.2 in height, portability is one of its core strengths. You can place it on the work desk, at the bedside, cabinet, or anywhere as you pleased. The 8.8 pounds weight is not the lightest in its class, you can still effortlessly carry it around when needed or bring it out during a staycation. The cylinder shape body looks clean yet functional with a 360 surrounding air inlet and top air inlet. Comes in multiple color options, white is the popular option closely followed by the black version. Overall, the build quality is superb with no signs of off-gassing or poor workmanship.

Moving to the top black panel touch controls, there are up to 6 selectable buttons that ease the entire operation. You can manage the airflow output between the 3 fan speeds or activate/ deactivate sleep mode. Next, cycle between 2, 4, 6 8 hours timer option that can be set to turn off the machine when the time is up. The child lock button allows you to locks the setting to prevent children from meddling with it. There is even a light off button that can be activated to turn off all indicator lights. Finally, Filter reset/ check button is also present along with the center power on/ off button.

Other passive specifications of LEVOIT Core 300 3-in-1 include ozone-free setup that complies with California air resources board (CARB), Energy Star, CA PROP 65, FCC certified, and ETL listed. An extended 5 years warranty is also on board that covers electrical boards and other non-filter defects. With Levoit’s strong reputation and California-based customer service support, the air cleaner will have no issue lasting for years to come.

Fanspeed
3
Despite its compact size, airflow performance is never an issue with LEVOIT Core 300. The Vortexair Technology help creates consistent and strong airflow delivery rate in all directions. The 3-in-1 purifying radius will cover 219 square footage at 5 air changes per hour in under 12 minutes. Works great in the bedroom, basement, office room, small living room, and kitchen. For an asthmatic or hypersensitive person that needs absolute clean air, drop the coverage to half to trade-off for swifter air changes.

Smoke CADR
141 cfm (240 m3/h)
LEVOIT Core 300 participate in AHAM's official clean air delivery rate test and scores reasonably well. CADR for dust is at 140 cfm, pollen is at 145 cfm, and smoke at 141 cfm. Below our 200 cfm benchmark but at least the airflow output is consistent on all types of allergens. Anticipate optimized air cleaning performance when the air purifier is running at full capacity.

Like most small air purifiers, Levoit Core 300 True HEPA will operate silently in the background thanks to its QuietKEAP Technology that helps reduce the fan noise. At the lowest speed, the noise level is only at a whispering 24 dB. Even at high speed, the noise output is still at a reasonable 50 dB. For a good night sleep without any disturbance, set it to sleep mode (low speed + indicator light off) and enjoy breathing clean air free from allergens.

Levoit Core 300 True HEPA air purifier is powered by an AC 120V/ 50Hz with average 45 watts power output. Being an Energy Star Rated mode, the running cost is around $0.1 dollars per day with 12 hours of operation. Multiply by 30 days, the monthly running cost is around $3.2 dollars a month, or 38 dollars a year. Suitable for all-day purifying without adding much cost to your electricity bill.

Another forte of Levoit Core 300 is the low selling price. At around 100 to 150 dollars after the online discount, you are getting a genuine True HEPA air cleaner with an activated carbon filter. Most similar price range models offered a weaker filtration set with poorer airflow performance. As for filter replacement cost, Levoit Core 300 will set you back between 20 to 40 dollars for the default filter set. Add another 10-20 dollars if you opt for the Pet Allergy Filter, Toxin Absorber Filter, or MB Filter upgrade.
There are no short of places you can buy Levoit Core 300 True HEPA air purifier. The official website is a good place as you are ordering directly from the manufacturer itself. The better pick would be Amazon as it is selling a brand new model for less than 100 dollars. You will also enjoy hassle-free shopping without having to register a new account plus all the Amazon perks like prime free shipping, 30 days no question asked return policy, and bundled deals. Levoit brand is also available in physical stores like Walmart, Costco, Home Depot but it is subject to availability.

LEVOIT Core 300 VS The Challengers

Older model that comes with a useful night light and a slightly cheaper selling price. Filtration wise it is incomparable to LEVOIT Core 300. 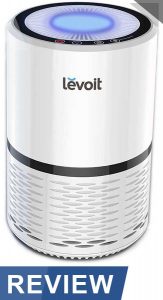 Around similar price range with a smaller body treated with special blue cloth front panel. Due to the weaker filtration performance, we would still recommend LEVOIT Core 300. 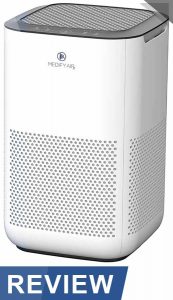 Tad bulkier and pricier but excel in every other department. You'll get wider purifying coverage, higher airflow output, and the all-important H13 HEPA filter.

Levoit Core 300 is one of the best cheap air purifiers currently on sale. Out of the crazy high 21,878 ratings, 95% of the reviewers gave it a positive 4 to 5 star ratings. A large chunk of them praised how effective Levoit Core 300 is in cleaning the air. They breathe better, cough less, and can sleep soundly at night. Most buyers are also happy with the affordability of Levoit Core 300 compared with other household appliances. Finally, some users like the fact that Levoit Core 300 comes with a worry-free 5 years warranty ownership. The mere 3% of buyers that are not happy with their purchase complained that the air cleaner did not improve on their condition or they receive a faulty unit. Finally, a few users did not like that the fact you have to upgrade the filter for a specific type of pollutants.

Overall, the number of positive feedbacks clearly outweigh the cons. If you want a cheap, compact HEPA air purifier, and are ok without Auto mode, air quality indicator, Levoit Core 300 will fit all the bills. 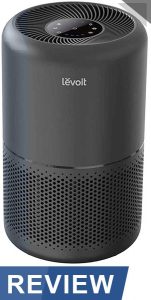 4
Check out other great LEVOIT Core 300 deals on Amazon

A loving father and a dedicated reviewer for airfuji.com with more than 1000 air purifiers under his belt. Max Fernandez is also one of the million patients currently suffering from asthma. Feel free to nudge him if you have any questions.
Home > Reviews > Levoit Core 300 True HEPA Air Purifier Review In 2022: Again Affordable 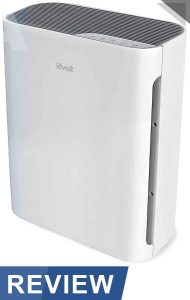 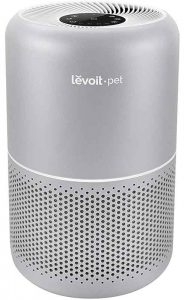 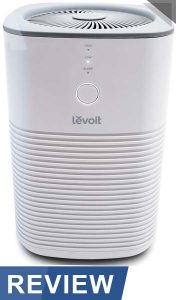 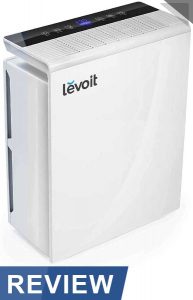